text.skipToContent text.skipToNavigation
We use cookies to ensure that we give you the best experience on our website. If you continue, you agree with our policy statement.

​​​​​​​With the new TIA Portal V16 (Totally Integrated Automation Portal), Siemens has expanded its engineering framework with practical new functions for various phases from planning, to engineering, to commissioning. The innovations concentrate on the continuous integration of the development process. These include standardization, integrated engineering spread across teams and an integrated function test. This enables users to increase the quality of their software, shorten commissioning times and reduce engineering costs.

​​​​​​​During the development process, the focus is on distributed working concepts and teamwork. On the TIA Portal project server, the user can now exclusively access server projects via the new Exclusive Engineering function – with features such as project revision and change protocol, as well as automated reporting and archiving. This means there are no functional restrictions when organizing automation tasks on a device, object or function-oriented basis. No special license is required for using Exclusive Engineering. To enable projects to be commissioned by teams, TIA Portal V16 has been expanded with an “asynchronous commissioning” mode, whereby loading to the Simatic S7-1500 controller is carried out by a second TIA Portal instance running in the background. The TIA Portal instance running in the foreground can be operated again immediately, enabling load times to be considerably shortened.

TIA Portal V16 includes the new Version Control Interface (VCI) to external versioning systems such as GIT, SVN and TFS. The import and export of software objects via the TIA Portal interface allows versioning to be seamlessly integrated into the development process. This enables object-granular, completely transparent versioning of all software objects outside the TIA Portal. Another innovation is the TIA Portal Test Suite. In addition to allowing automated creation and checking of adherence to programming guidelines, the so-called Styleguide Check, it is also possible to generate and carry out application tests with the virtual S7-PLCSIM Advanced controller. This support reduces engineering and commissioning times and enhances the quality of the software.

With TIA Portal V16, all Simatic S7-1200 controllers are now equipped with OPC UA server functionality. Connection to higher-level systems, such as manufacturing execution systems, can be implemented for vertical data integration. Controller-controller communication throughout all Simatic controllers is also now possible using OPC UA. Standardized interfaces, known as companion specifications, are simple to import with the TIA Portal, making it easy to integrate machines in production lines or plants. 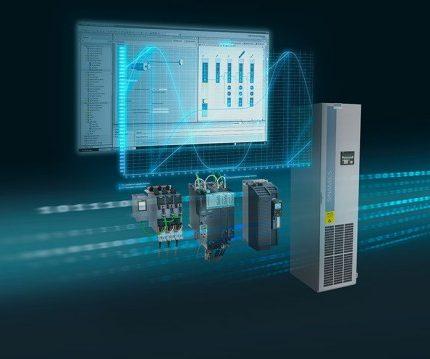 The SiOME Siemens OPC UA Modelling Editor helps the automation engineer with the interconnection of tags and simplifies their import into the Simatic machine control. The SiOME also has some new functions such as the creation of data blocks based on OPC UA information models, or the option of checking OPC-UA information models and companion specifications for conformity. Users can now model server interfaces or companion specifications in the TIA Portal V16. In simplified form and without the need for specialist knowledge, it is possible to create a server interface or use a companion specification. The OPC UA server functionality for the Simatic S7-1500 controllers has also been supplemented with additional diagnostic buffer entries: OPC UA messages can now be combined to only appear once in the diagnostic buffer.

​​​​​​​The new Simatic Drive Controller has been integrated for motion control applications. It combines a Simatic S7-1500 control system with motion control, technology and safety functionality with a Sinamics S120 drive control in a single device, thus saving space. The new package also enables Simatic users to perform advanced motion control tasks, such as those involving multi-axis drive systems, in a familiar environment. Simatic WinCC Unified is also available in TIA Portal V16: The completely redesigned visualization system provides solutions for HMI and SCADA applications, and in the future also for Industrial Edge, Cloud and Augmented Reality scenarios. It includes a new generation of HMI devices which can be configured with TIA Portal V16, namely the Simatic HMI Unified Comfort Panels. In the latest TIA Portal version, the Simatic Energy Suite includes a load management function. This option automatically prevents load peaks by using intelligent strategies to switch generators and loads on and off, without influencing the production process. The Simatic Energy Suite engineering takes place in the TIA Portal: The user configures the load management via the screen form in the TIA Portal, program generation is completed, and the corresponding visualization configured.